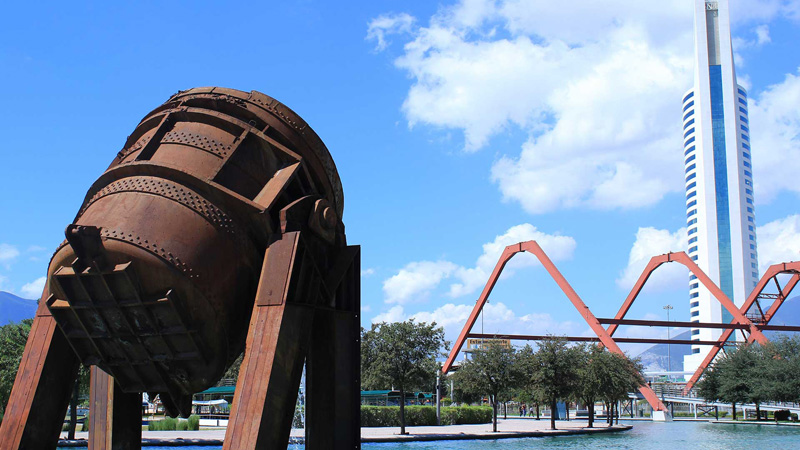 Located in the northwest, bordering the municipalities of San Nicolás de los Garza and General Escobedo as well as the United States and surrounded by the Sierra Madre and Cerro de la Silla,Monterrey is a destination with great landscapes and much to discover. It is the third most important economic and industrial city in Mexico, a city that day after day brings innovation to infrastructure and being a key destination for foreign investments, enjoys considerable economic growth.

Some tourist attractions include the MARCO (Museum of Contemporary Art) and the Regional Museum of Monterrey. In the center of the city you can find the Government Palace, the famous Fountain of Life and the Cathedral of Monterrey, which are some of the oldest structures in the region. Fundidora Park is a place that you should not miss, since it houses a canal that has commercial and cultural areas which are great showcases for tourism. El Barrio Antiguo will undoubtedly surprise you as you will be able to see houses from the 17th, 18th, 19th and 20th centuries, making it a place with a mixture of styles and historical significance.

Its gastronomy will satisfy your hunger with different dishes like machaca, egg, goat and roasted pork as main ingredients.

¡We invite you to rent a car to explore every corner of this beautiful city, which will surely leave you speechless!

Book the car you need for your next trip. Enterprise Rent-A-Car offers its services of car rental in its 7600 branches in cities, airports and nearby locations.

Receive in your mail the latest offers to rent a car and enjoy your next vacation.