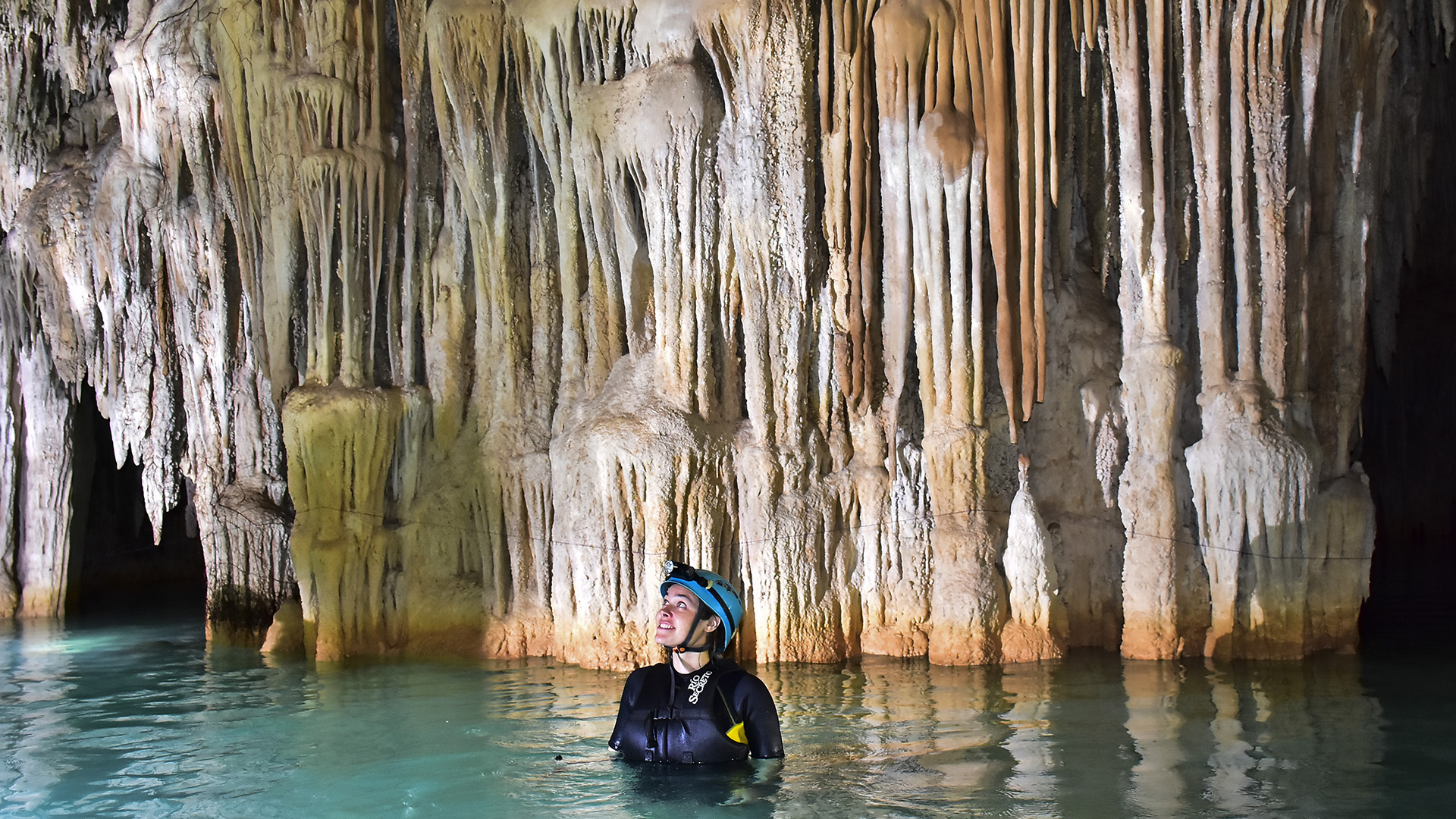 The secret is out at this hidden cave system near Cancun.

Jagged, icicle-like stalactites hang so low from the ceiling in some spots that we must duck to avoid them, while elsewhere, clusters of milky-white stalactites cascade like frozen waterfalls down the cave’s walls. My friend Michael and I are touring a section of Río Secreto, a slow-moving underground river that winds through 23 miles of semi-flooded limestone caves on Mexico’s Yucatán Peninsula.

As we walk, swim and wade in a loop that stretches just over half a mile, I constantly swivel to point my headlamp at the glistening mineral formations. Surprisingly, the floor of the cave isn’t even remotely slippery, even under several feet of water. With no sunlight, our guide tells us, no algae or plants can grow here, so the floor is as grippy as if it were dry and aboveground.

Still, there is a natural inclination to touch the cave’s rough walls, maybe to steady yourself by grasping a tree root snaking down from the ground above, but that’s forbidden. Our guide instructs us to hold our life jackets or clasp our hands as a reminder.

Just a 40-minute drive from the Cancun International Airport, Rio Secreto is a locally-operated nature reserve that nods to the area’s rich Mayan history. Mayans considered caves to be sacred spaces, so before we enter the “underworld,” our group takes part in a cleansing ritual led by a Mayan descendant. Smoke wafts out of the stone goblet in his hands and washes over us.

This particular cave system was uncovered in 2004 when a farmer chased an iguana into one of the entrances. After the caves were mapped and a conservation plan was put in place, Rio Secreto opened to the public in 2008. Today a variety of tours are available. Ours cost $79 each, which included lunch.

Kassondra is a freelance travel writer based in Mexico City.

Michael Ciaglo is a freelance photographer based in Denver, Colorado.